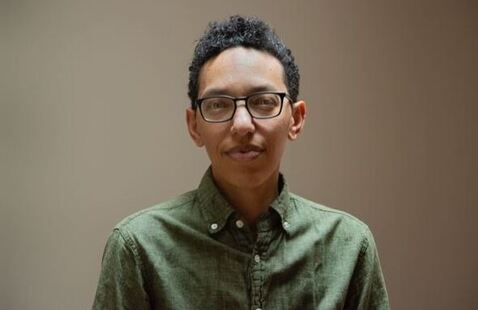 "I will share excerpts from and discuss my original audio-ritual, STONO. This piece explores the Stono slave rebellion, which unfolded outside of Charleston, South Carolina in 1739. While typically depicted as a suppressed insurrection, STONO asks: Is there another story? To find answers, STONO calls on the beyond-human participants–ancestors, water, mushrooms, guns, and the Kongolese Virgin Mary–who offer alternative takes on the incident. Listeners are introduced to these actors, guided to listen more closely to their voices, and, in moments, experiment with speaking back. Combining African diasporic folkloric forms (ring shout, bomba, rumba, batá), electronic and synthesized instruments, spoken text, and field recordings from the historic rebellion sites, STONO offers a space to imagine a more expansive and surprising story about that fateful event – a space in which race, gender, and humanity are cosmically destabilized.

This presentation will lay out the creative process behind STONO, introduce foundational concepts informing the work, and break down key examples from the piece. In particular, we will explore the political possibilities of listening to beyond-human voices, as subject matter and creative practice. What liberation strategies might we learn from the natural world? How might human events be reframed when viewed alongside non-human ones? What might spiritual entities or practices offer to our art and activism? By broadening the discussion of slavery to include more-than-human histories, we are offered alternative ways to conceive of liberation that extend beyond racial politics, human temporality, and material space."

T. Carlis Roberts is an artist and scholar who engages sound as a tool for transformation and liberation. T’s work straddles theater, film, television, and music — each project driven by the desire to disrupt boundaries of race, nation, and gender and develop new vocabularies for expression. As a composer and sound designer, T has worked around the U.S. at theaters including Steppenwolf Theatre Company, Woolly Mammoth Theatre Company, California Shakespeare Theatre, and Oregon Shakespeare Festival. As a songwriter and performer, T appeared on the Grammy-nominated album THE LOVE by Alphabet Rockers, wrote music for the Starz series VIDA, and toured the country in A QUEER STORY OF THE BOY BAND, a theatrical concert he co-created with The Singing Bois. T is co-founder of the Spiritual Technologies Project, a research and performance consortium exploring the metaphysical dimensions of black music, and a former Associate Professor of Music at UC Berkeley.