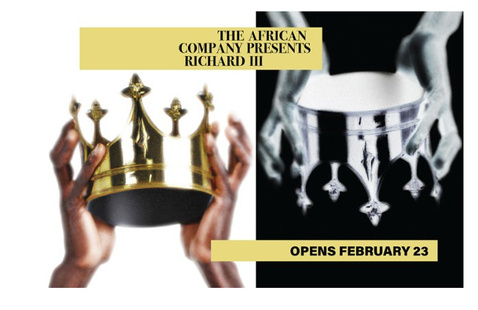 Sloan Performing Arts Center, Smith Theater View map
Add to calendar
Save to Google Calendar Save to iCal Save to Outlook

https://www.sas.rochester.edu/theatre/productions/current/the-african-company/index.html #URochesterArts
View map
Add to calendar
Save to Google Calendar Save to iCal Save to Outlook

It’s 1821, before the emancipation proclamation and long before the right to vote, and a group of African American actors in New York City are putting on plays that thrill audiences both black and white.  But when the company decides to stage its own production of Shakespeare’s Richard III, it sets itself on a collision course with a fancy, white company doing the same work, prompting questions of “who owns Shakespeare?” and, indeed: how can Shakespeare best speak to all people across the centuries?  Carlyle Brown’s hugely entertaining and iconic

The African Company Presents Richard III—based on true events—not only sheds light on this under-celebrated and little-known moment of history but asks provocative questions about the nature of existence and performance, ownership and identity, culture and appropriation, and whether oppressed people who have, daily, to “pass” in a hostile society, are not, perhaps, the greatest actors of us all.