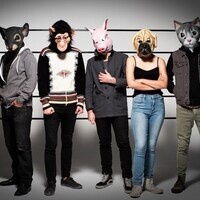 Screening and Talk: The Animal People

Film Screening and discussion with featured animal rights activist Jack Conroy. This documentary, produced by Joaquin Phoenix, tells the story of the Stop Huntington Animal Cruelty (SHAC) campaign that brought an international corporation to the brink of collapse, resulting in one of the largest FBI investigations in U.S. history, as well as the unprecedented indictment of six young American activists for terrorism, posing the question: Just how far are your First amendment Rights actually protected? The screening will be followed by a discussion with Jake Conroy, a member of the “SHAC 7” whose work is profiled in this film.

Group
Department of Religion and Classics
Contact Phone or Email