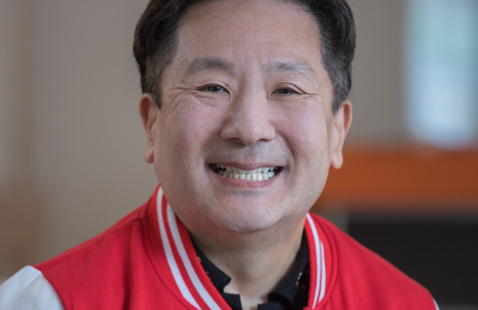 Paul Kawata has spent his career fighting the AIDS epidemic. This fight began in 1985, at the height of the AIDS epidemic, when Paul, a gay Japanese-American man, became the founding Executive Director of the National AIDS Network. A few years later, Kawata became the Executive Director of the National Minority AIDS Counsel (NMAC) and worked to achieve numerous significant legislative successes including the American with Disabilities Act and the Congressional Black Caucus/Congressional Hispanic Caucus expansion of federal funding for HIV/AIDS programs in communities of color. For his work, Paul has earned several awards including the Surgeon General’s Award and the Gay and Lesbian Medical Association Award for Person of the Year in 1998.

For this conversation, Paul Kawata will be discussing his work with NMAC in addressing difficult questions about the impact that race has on ending the HIV epidemic in America coupled with the impact and response to the COVID-19 global pandemic.

This event is sponsored by the Ostrow-Newkirk LGBTQ Fund.

The University of Rochester is committed to providing inclusive experiences and equal access to programs and services. If you anticipate needing any type of accommodation or have questions about the physical access provided, please contact the Paul J. Burgett Intercultural Center at 585-275-5678 or bic@rochester.edu. In all situations, a good faith effort (up until the time of the event) will be made to provide accommodations.