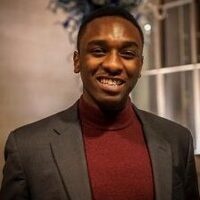 Jonathan Rhodes: Is a third-year Vocal Performance major at the Eastman School of Music, studying under Professor Anthony Dean Griffey. Originally from Orland, FL, Jonathan made his stage debut in 2016 as Kurz in the premiere of Memory Boy by Reinaldo Moya, with the Minnesota Opera’s Project Opera. In his collegiate career, Jonathan has performed the role of Liberto in the Eastman’s Opera Theatre production of Monteverdi’s L’Incoronazione di Poppea and the role of Tenor I in Ricky Jan Gordan’s The Tibetan Book of the Dead in November 2017.