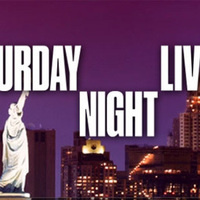 The show will feature sets from Alex Moffat, Melissa Villaseñor, and Anna Drezen.

Alex Moffat made his SNL debut on October 1, 2016 and was made a repertory cast member this season. He is known for being able to do a wide range of impressions, such as Eric Trump, Mark Zuckerberg, Chuck Schumer, and Chris Hemsworth, as well as his recurring role as The Guy Who Just Bought a Boat.

Melissa Villaseñor was a semifinalist of Season 6 of America’s Got Talent before making her SNL debut on October 1, 2016 as the first Latina cast member and was made a repertory cast member this season. She is able to do many different impressions, such as Lady Gaga, Owen Wilson, and Alexandria Ocasio-Cortez.

Anna Drezen is a writer for SNL and is the editor-at-large of Reductress, a satirical women’s magazine. She was nominated for an Emmy for her work on SNL in both 2017 and 2018.