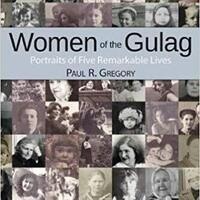 The documentary film Women of the Gulag tells the compelling and tragic stories of six women as last survivors of the Gulag. Solzhenitsyn’s Gulag Archipelago largely tells of the men caught in Stalin’s camps and special settlements for “crimes against the state.” Women of the Gulag, features six women in their eighties and nineties as they tell their stories while going about their daily lives in remote Urals villages, in break-away Sukhumi, or in Moscow suburbs. Their only hesitancy to speak out relates to sexual violence, about which they would only hint. Sadly, three died shortly after their interviews.

Eighty years ago (November 17, 1938) Stalin ended the Great Terror, citing “local excesses” that had come to his attention. It wasn’t until two decades later that the KGB tallied the victims of the sixteen-month reign of terror at 1,334,360. Half were shot, and the rest sentenced to the Gulag. The Gulag itself continued to grow during and after the Second World War. It reached its peak of 2.5 million prisoners shortly before Stalin’s death. Of these, one out of five were women. This event is sponsored by Modern Languages and Cultures, Russian Studies, German and Susan B. Anthony Institute for Gender, Sexuality, and Women's Studies.