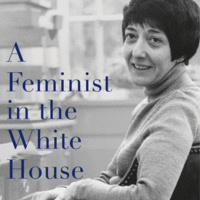 **CANCELED** Talk: A Feminist in the White House

**NOTE: Unfortunately, the scheduled speaker can no longer make the event. A new speaker is currently being sought for this date. Keep an eye on the calendar for the "new" event!**

In celebration of the new Department of Rare Books, Special Collections, and Preservation exhibit We Want More and We Will Have It: Women Running Rochester, author Doreen Mattingly visits to discuss her book Feminist in the White House: Midge Costanza, the Carter Years, and America’s Culture Wars.

A feminist, an outspoken gay and women’s rights activist, and a woman without a college education, Rochester native Margaret “Midge” Costanza was among the most unlikely to become a White House insider. Yet, in 1977, she became the first female Assistant to the President for Public Liaison under Jimmy Carter. Tasked with bringing the views of special interest groups to the president, Costanza championed progressive causes even as Americans grew increasingly divided on the very issues for which she fought. Prior to her work in the White House, Costanza became the first woman elected to the Rochester City Council.

In the book, Mattingly chronicles Costanza's dramatic rise and fall as a public figure, from her initial popularity to her ultimate clashes with Carter and his aides.

After the talk, stay to view the exhibit and enjoy a reception in the Department of Rare Books, Special Collections, and Preservation on the second floor of Rush Rhees Library.