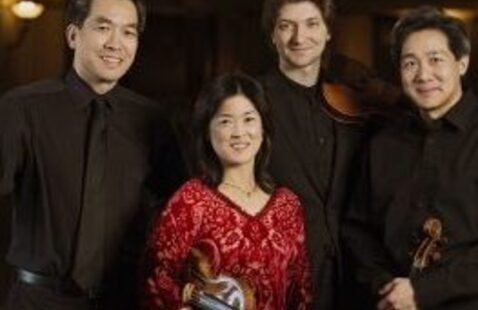 The Ying Quartet occupies a position of unique prominence in the classical music world, combining brilliantly communicative performances with a fearlessly imaginative view of chamber music in today’s world. Now in its second decade as a quartet, the Quartet has established itself as an ensemble of the highest musical qualifications in its tours across the United States and abroad. Their performances regularly take place in many of the world’s most important concert halls, from Carnegie Hall to the Sydney Opera House. At the same time, the Quartet’s belief that concert music can also be a meaningful part of everyday life has also drawn the foursome to perform in settings as diverse as the workplace, schools, juvenile prisons, and the White House. In fact, the Ying Quartet’s constant quest to explore the creative possibilities of the string quartet has led it to an unusually diverse array of musical projects and interests.